A Guide to Seasonal Flu for Seniors 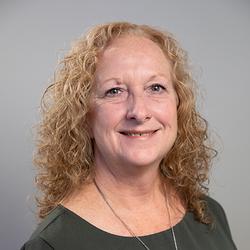 "When fall rolls around, the weather begins changes, you start to get in the holiday spirit, and… almost everyone gets sick? This isn’t a coincidence. The colder weather coincides with the beginning of flu season—a time when people being diagnosed with the flu occurs more frequently than normal rates."


While the flu has similar symptoms as a the common cold—sore throat, cough, and a runny nose—the flu can result in far more devastating consequences. This is especially true among seniors, who can experience hospitalization or even death. Between 2010 and 2016, a range of 12,000 to 56,000 people died every year because of the flu, according to the Centers for Disease Control and Prevention, and many of them were people over the age of 65.

The flu is preventable, too, with vaccines and other preventative measures, so let’s discuss exactly what the flu is, what it looks like, how it spreads, and how seniors can protect themselves from the virus.

What Is The Flu?

The “flu” is actually short for the illness’s proper name: influenza. Influenza is a respiratory illness that can onset mildly or very severely and result in hospitalization or death. The flu is bred from the influenza virus, which can infect humans and almost every other mammal and bird on the planet. This allows it to spread across the world with relative ease.

There are three main types of influenza viruses:

This is the most common type of influenza that causes basically all of the flu epidemics (localized spreading of diseases) and pandemics (worldwide spreading of a disease) around the world. This version of influenza can infect humans and animals (like pigs), and it is often found in wild birds as well, which carry the disease across continents. Influenza A has caused many of the flu pandemics in the 20th and 21st centuries.

Along with influenza A, influenza B helps make up most of the infected population every year (about 20 percent). This strand only survives in humans (and seals), so it is passed along among us homo sapiens.

The mildest of the three main forms of influenza viruses, influenza C is passed around among humans and swine. No epidemics are caused by influenza C, which explains why it’s not prevented with a flu vaccine.

Once contracted, the flu affects your nose, throat, and occasionally dives down into your lungs.

No matter the type of influenza virus you contract, the symptoms are pretty similar—though they vary in severity. Symptoms of the flu include:

You May Just Have The Cold

Just because you have these symptoms does not mean you have the flu. You may be suffering from the common cold, which has similar symptoms, but is far less fatal and severe. Typically, the common cold doesn’t get more severe than a stuffy nose and a light fever. It usually only lasts a few days, too. Any symptoms more severe than that (long-lasting headaches, vomiting, etc.) or lasting longer than two to three days should be treated immediately, as you may have the flu.


Complications From The Flu

Typically, with proper treatment and antibiotics, the flu lasts in your system for about two weeks. Seniors (people over the age of 65) are at a higher risk than many other demographic groups of suffering from complications from the flu that last beyond the influenza virus being in your system. The flu can particularly impact seniors who have: All of these medical issues can leave seniors open to the more severe effects of the flu—long hospitalizations and death—because they assist in weakening your immune system. Some other extended issues that may affect seniors who have the flu include:


Pneumonia: Pneumonia is a bacterial respiratory illness featuring chest pain, coughs, shaking and sweating, and body temperatures lower than normal that can progress after having the flu. It’s the fourth leading killer among seniors, who may be able to prevent the disease post-influenza with a pneumonia vaccine. Seniors are at a greater risk of developing pneumonia and dying from it than any other demographic.
Bronchitis: Bronchitis is an inflammation of the lungs that is caused by having a respiratory issue like the flu. Its main symptom is a cough driven by lung irritation and mucus. Like influenza, some form of bronchitis can work through the system in two to three weeks, but there are some forms (chronic bronchitis) that keep coming back, even when the flu has long passed through your system.
Sinus and ear infections: Having the flu can make the body susceptible to infections from various bacteria in various parts of the body, including your sinuses and ears. If you have the flu and start experiencing ear pain that lasts longer than a day or two or sinus issues (more than just sneezing) that last longer than two or three days, you should seek additional professional help for these newfound medical issues.
Dehydration: Dehydration is a severe issue among the elderly, especially when sick. Seniors have less water (10 to 15 percent less) in their bodies than when they were younger, allowing dehydration to onset pretty quickly, which is why it’s so important to consistently drink fluids while sick. Many symptoms of the flu, like sweating, a runny, nose, and vomiting, cause water to drain out of your body and can cause you to quickly become dehydrated. Dehydration can result in kidney problems, seizures, and other potentially fatal medical issues.
Heart failure: Heart issues like heart attacks have been shown to happen more frequently after having the flu, according to the British Heart Foundation. Like sinus and ear infections, heart issues can stem from your body becoming more vulnerable to bacteria and other harmful substances affecting your heart. There are also medications that help get rid of the flu that can potentially cause blood clots, which can lead to further heart issues.